Three things you should know about the Metaverse today. 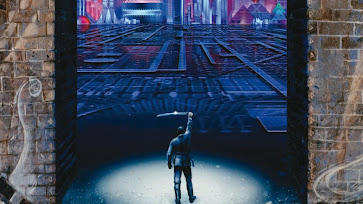 There is a lot of hype around the Metaverse today, so what is really going on?

First, the metaverse is about presence. We can argue that avatars in MMORPG, sandbox, or some other type of open world accessible online via a browser, console, or smartphone is a metaverse. But the term has its origins in Virtual Reality, and there is good reason for that. Presence should offer more than control of an avatar, you should feel like you are there... "in the game" as the tag-line goes.

Besides, such a broad definition makes the idea of metaverse moot. Who cares? You cannot innovate with a tabula rasa, the first step is always to define constraints. After all, if that's the scope of the definition -- basically anything with an avatar that maybe, has or could have (one day?) a blockchain zipping through it -- then Super Mario Bros. is a metaverse too right? After all, we are controlling a character which is like an avatar (albeit not customizable) and it engages us in a virtual world... the mushroom kingdom.

The metaverse needs presence. Today those presence-driven use cases are being created most vividly in Virtual Reality. Most of these are on Quest 2, or available through Steam for PC VR devices; but many interesting experiences are also being published to the web via WebXR, and Sony is... trying (11 titles though, really?) so consoles are a potential platform as well. Regardless of the platform, use cases that provide a truly distinct sense of presence are mostly in VR.

And that's okay. VR is an exciting market that is growing rapidly, faster than any other form of digital media, and is being adopted by teens which indicates it will quickly capture larger swaths of the main stream soon. Sure, AR is coming and there are other interesting ideas like Peripherals (today, remote pilot Drones) that could also potentially be metaverse use cases.

But the one we know for sure is sticky and new, is VR.

Rather than dream of trillions of dollars in market opportunity, what is the nearer-term addressable market for VR? Is Zuck just off his rocker, or is he investing billions because he sees a potential market? The answers are Big Enough, and Yes (um, he sees a market that is).

Discard your need to compare everything to the iPhone and Smartphones. Everyone with a pair of shoes has a smartphone, it's a pointless exercise to compare (sort of like calling everything the metaverse... no constraints, means no innovation). Quest 2 has already outsold Xbox, and all together VR headsets will probably outsell consoles generally in the next couple years. Pretty much anyone who plays games in VR would probably agree with me, all the cool new games are in VR so... yeah. VR headsets should approach tablet-scale relatively soon after that, as new use cases emerge with better, lighter, more connected hardware, and as teens grow-up and need to decide "Should I buy a Mixed Reality Headset, or a Notebook PC?" many will start to choose multiple large highdef screens on a device that doubles as a kick-ass video game console over a stale form-factor from the 90s.

Some analysts predict by 2030-35ish(?) these new devices will scale to a billion sales per year. Honestly, I don't know, that's a bold prediction. I believe it, I want it to happen, but I just don't know.

My point is, that doesn't matter at all. VR content is selling, Meta reported $50M in store sales back when they'd only sold 10M units and there were only 200 games available. Even relatively conservative estimates would have total VR device sales at 75M~100M units per year in the near future. Meta's annual store revenue would be at least in the $10-15B range assuming they keep their dominant marketshare and continue to expand their titles and purchasing options (subscriptions, DLC, etc). Since technology scales, especially software which they've bought a lot of, the back-of-the-envelope math shows a path to profitability for Meta and anyone building presence-driven use cases in VR alone.

So what do you need to know about the Metaverse today? It's about presence, presence is driven by VR today, and VR is a big enough market to make commitments without all the other "metaverse" stuff.