Investment in education startups has boomed since early 2012, with a range of investors pumping in more than $1B into companies and funds. The number of investors in the space is staggering, even Ashton Kutcher is hip on Ed Tech with an investment in Y-Combinator graduate Clever back in 2012.

While Paul Graham’s Y-Combinator has worked with only a few Ed Tech start-ups (other than Clever), a cohort of new incubators and accelerators focusing on Ed Tech are emerging, led by  Imagine K12.

Decades ago schools spent millions on technology (CD ROMs galore), but nothing really changed… just the medium. Today everything from publishing to management systems are up for grabs. Imagine K12 is looking to grow the companies of the future in the space, becoming the first incubator for Ed Tech to support entrepreneurs who all share a vision for truly impactful technology innovation for education.

Founded by a few big names in Silicon Valley who saw the next wave of school reform as Ed Tech’s new moment, Imagine K12 graduated their first cohort in 2011. Their portfolio includes hapara, NoRedInk, LearnSprout, Class Dojo, Bloomboard, and so many more. Awesome.

The “Most Active” Investors

While the list of firms and funds investing in Ed Tech is long, there are some standouts. In addition to the new incubators or accelerators focusing on Ed Tech, including Imagine K12, lot's of funds specific-to education exist in addition to older VC firms.

Some of the more active investors in Ed Tech are:

Founded way back in 1998, this fund is unique because it operates as a non-profit. The fund has invested “nearly $180 million” in “more than 100 nonprofit and for-profit organizations” and claims that through its investments reaches 12 million students in the United States. Impressive… most impressive.

Relatively recent investments in companies that I think are pretty neat are edSurge, hapara, and NoRedInk.

So much can be said about 500, it’s pretty much just awesome. Some recent investments in Ed Tech have been MindSnacks, Magoosh, and Motion Math. Looks like 500 is focusing on Game-based Learning and (the cash-cow of education) Test-Prep.

These guys are rocking Ed Tech, boasting the most impressive portfolio of investments. No kidding, the founders of Learn Captial are seasoned Ed Tech entrepreneurs who have exited several companies to big players like HMH, Marvel.

Investments by Learn Capital are truly press worthy, check out their coverage including Edmodo, Coursera, Udemy, ClassDojo, Kalibrr, and more.

New York City is in the Ed Tech game too, that’s where ReThink Education is leading the way to east-coast incubation for the next big-win. While a new fund, they have made some exciting investments including Bright Bytes, Education Elements, and Smarterer.

Finally, the world-renowned iconic VC of Silicon Valley. Sequoia has not been too active in Ed Tech. However, they did invest in one of my absolute favorite companies: Inkling.

Inkling has been around for awhile now, having been developing interactive content for education since 2009. You could say they are the leaders in the space. 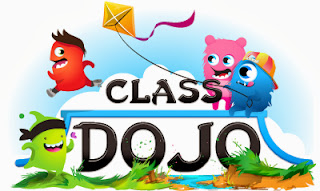 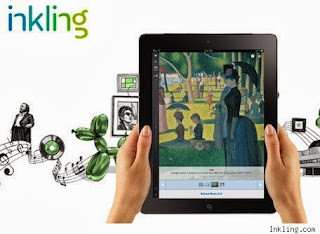 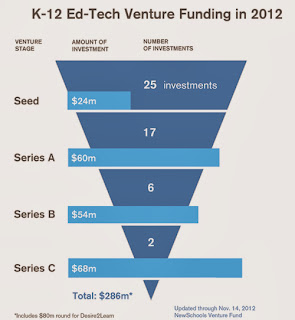