A couple of years ago a friend introduced me to what was then a relatively new service called Buffer. It instantly became one of my favorite applications, since I like to share what I’m reading online but only have a set time during the day when I get most of my reading done. For many people this is a problem because we are in multiple time zones, or because it means we are slamming the network all at once.

Buffer solves this by allowing you to share organically but schedule those tweets or posts to a predetermined schedule on whatever networks I choose. Sounds like Hoot Suite or Tweet Deck, but Buffer is much simpler and feels a lot more like the way I want to share. In other words, this utility really nailed the user experience.

Buffer has gotten way buffer since the release of their iOS application -- beefing up on lot's of nice integrations. The once little known web application with a Chrome plugin is now a platform supported by dozens of applications, as well as the big boys Twitter, Facebook, and Linkedin. According to TNW, Buffer reached 500K users earlier this year and continues to grow. No doubt, since they continue to iterate with new and very useful features like “buffering” retweets for Twitter, and integrating with super products like Feedily.

Buffer does what you have always wished a social media utility to do:

3. Adjust your post schedule to meet your audience’s needs and keep yourself from spamming them with an barrage of posts -- without complicated excel spreadsheets.

Buffer has been slowly building an incredible product. I’ve worked with dozens of people (entrepreneurs and intrapreneurs) during the past 3-4 years who focus on 1M downloads, or 10M users, perfecting (identifying?) that killer feature, etc. It’s discouraging. Sure, those are important milestones, but the focus both early-on and for the long-term must be on building a great product.

Buffer should be praised for their resilience and for remaining focused on building a great product, that people want to pay for. They nailed the user experience, building a useful product that their target audience loves.

TNW interviewed Buffer’s CEO Joel Gascoigne, you should check it out! He really nailed the pain points of professionals who want to -- or have to -- keep up with their social media but just have 15-30 minutes in the morning or evening to really focus on trends in their field.

Buffer is your elixir. If you aren’t using it yet, best start now! 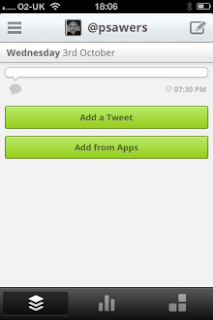 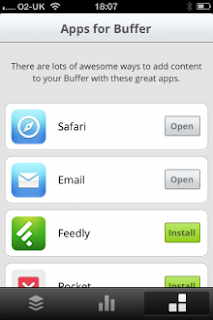 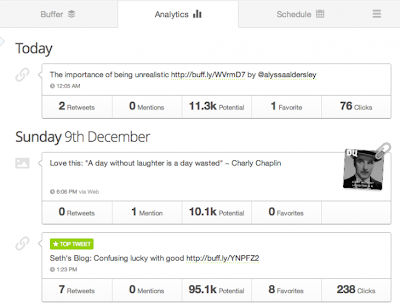 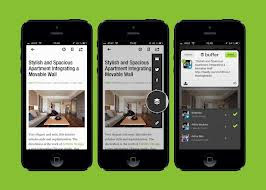