My son, 27 months, read my t-shirt the other day. Sure, he has no idea what “unsweetened juice” means, but he was reading it phonetically.


As you know, Ed Tech is booming -- or ballooning in the opinion of some who believe there is a bubble. Among the famous investors joining the fray is the acclaimed Venture Capital firm Kleiner Perkins (KPCB), and they have once again backed the right horse: Callaway Digital Arts.

For the past 6 weeks or so my son has been thoroughly enjoying Callaway Digital Arts flagship application, Endless Alphabet (or Endless ABCs). Like most parents, particularly those with bilingual children, there is a sense of urgency around getting language learning started early. Loads of development data shows us that this is critical for future achievement. So my wife and I scour the web and app stores for the latest new applications for learning literacy.

The application has received critical acclaim from every “kids apps” review site, has been featured by Apple, and written up in Wired’s Geek Mom section. Geek Mom’s Kelly Knox said her daughter “squeals in delight when a new” word is ready in the app.... same here. And it deserves all the praise.

Children absolutely love the application, and play with it for as long as you will let them. Replaying the hilarious and brilliantly animated definitions, and giggling through the touch-and-drag letters as they transform into ridiculous monsters that spew phonetics repeatedly until they are placed in the correct position.
See it for yourself, and try it with your own children. My son continues to be enthralled by Endless Alphabet, and more words are being added all the time.

But most importantly, it works. Not only is he trying to read words that have never appeared in the application (thanks to the fun phonetics) he is using new words he learns via Endless Alphabet in the correct context (thanks to the brilliant animations).

For example, the other day when he ate some food he didn’t find particularly appealing he said “yucky!” Excuse me? Yes, and he never learned it from me.

Callaway (CDA) is fastly becoming a serious player in the vastly lucrative educational content market. To date they have received $6M in funding from a list of A Team investors led by the iconic Kleiner Perkins.  Founded back in 2011, the company has released several successful applications in the Ed space, with partners indicative of their investors’ network value such as Sesame Street and Hasbro. 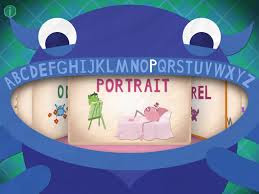 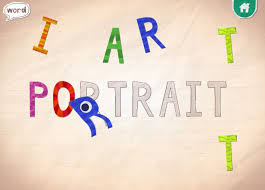 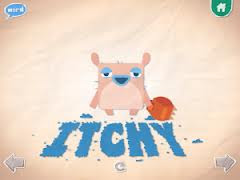