Mobile gaming continues to be dominated by iOS. Games Industry reported that iOS games earned 3.5 times the revenue of Android games this past quarter. However, signs that Android is making a quiet but steady rise are everywhere, from rumors of an Android Game Center to a slew of new Android-powered game devices.

While iOS continues to show healthy growth of its App Store revenues in 56 countries worldwide, Google Play hasn’t exactly languished in the shadows. TNW recently reported that Google Play revenues grew 90% so far in 2013. And in fact, some estimates show Google’s revenue growth is 5 times greater than Apple’s, with Corea and Japan driving growth for the platform -- 9 of 10 of the most profitable “app revenue generators” including NHN, NHN Japan, and Kakao are from Corea or Japan.

Still, total revenues are dwarfed by the App Store and will probably continue to be for the next couple of years. A representative from Daum, one of Korea’s dot-com champs, says they don’t expect Google Play revenues to overtake App Store revenues until “sometime in 2016.” This lack of consumption by Android users means that game developers focus on iOS first, developing for Android -- especially considering there are an estimated 3997 distinct devices with varying specs -- is just not worth the hassle early on.

Ouya has arrived, or at least it’s on the way. The much publicized Android-based gaming console is scheduled to hit retailers this June.  Most people know about Ouya because of its remarkable success via Kickstarter, where they raised over $8.5M from around 60,000 backers. So what does Ouya mean for Android gaming?

Hard to say, but the device is clearly targeting indie game developers in addition to high-profile titles (Final Fantasy). Ouya is making every game into a freemium product, requiring they be free to try. Some games will offer a demo, while others will surely go the in-app purchase route -- a brilliant, pay-what-you-want model. The hope for indie developers is that when they can present their work side-by-side with brand name games on a TV, they will compete better. If this holds true, we could see Android game revenues increase substantially.

GameStick is competing with Ouya to win the new, albeit uncertain, market beginning this June unless there are further delays. Gamestick also raised a good deal of money on Kickstarter, and both consoles are boasting 600 developers support their platform. It isn’t clear yet how they will differentiate themselves other than the hardware. Will it be that they negotiate exclusive games like the big boys do? Building their brand around Marios and Yoshis? Looks like it.

NVidia is also getting in the mix with the much anticipated SHIELD device. While not a console, it is a serious addition to the Android gaming world built around the incredible capabilities of NVidia's new Tegra chip.  The mobile gaming device is targeting hardcore gamers who crave high-definition. It is perhaps unfair to say that it will compete with Ouya or GameStick; rather, the SHIELD will take Android up against the like of the Play Station Vita. This is a huge win for Android if it goes well, and NVidia will do all it can to see that happen.

NVidia has already launched a distribution site for Tegra games (games built with the Tegra chip in mind) called the Tegra Zone. Important to note, the Tegra Zone is not exclusively for NVidia’s SHIELD, for any device with their super chip installed.

As convergence to mobile devices marches briskly forward, smartphones themselves will continue to play a central role in gaming. After-all you can already connect your device to a TV, as well as a controller -- like this from Green Throttle -- leaving some to wonder what the value is in an Android console. In fact, Ouya has some people saying the console is already outdated though it hasn’t even launched. It does boast a Tegra 3 graphics processor, 1 GB of Ram and 1.7 Ghz quad-core ARM CPU. However, that doesn't compare well with many of the highend Android devices for sale.

For example, the new Samsung Galaxy S4 sports 2 GB of Ram and 1.9 Ghz Qualcomm Snapdragon processor... or Samsung’s own processor, which is apparently even faster. And Samsung isn’t the only one.

Overall, Ouya only ranked 73rd out of 258 Android devices on benchmark tests.

While Ouya is a great idea, the possibility that it will languish as a niche product seems rather high. However, the remarkable activity around Android gaming so far this year is any indication then Google Play could close the gap with Apple a little sooner than expected. 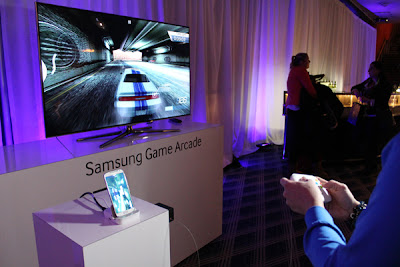 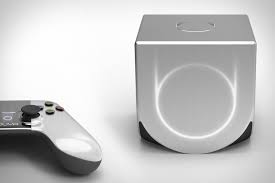