People love photo-sharing applications because they provide a false sense of productivity. In reality, they are basically Time-waster applications.

What are time wasters

What is a Time-waster application?

I’d like to attribute this term to Chris Dixon, though I’m not sure if he coined it or not.  In the post “Four types of mobile apps” he categorizes mobile applications in four broad strokes:

Each has a reasonable description, and I encourage you to read the post. I’d like to focus on Time-wasters, which according to Chris Dixon are apps you use while waiting in line -- you could include a lazy Sunday afternoon, or before you go to bed, etc. Often we fill those times with activities we hope are productive like reading a book or magazine, writing in a journal, etc. However, often we fill those times by “wasting” it... watching TV, playing games, using facebook or other social networks, and surfing the web, or using photo-sharing sites like Instagram, WeHeartIt, FFFFound, Tumblr, 500px, Pinterest, etc.

Few people would argue that browsing the web isn’t a go-to time-waster for anyone born circa... well, anyone. Likewise, few would argue that social-networking is not, at least sometimes, also a go-to method for time-killing. Still, other than games, photo-sharing services arguably been the biggest drivers of time-wasting growth in recent years.

Writing about the growth of photo-sharing is passe, so bear with me. I’d like to frame it in a slightly different context.

Most readers probably already know the growth of photo sharing has been incredible in 2012. Just how incredible this growth has been can really be exemplified by 3 services: Instagram, Pinterest, and Tumblr. Particularly in the case of Pinterest, the incredibly rapid  growth is pretty much common-knowledge. Tumblr’s bright future is less commonly known (only 6% of internet users on on it), unless you are a teen. According to Business Insider, Tumblr is more popular than Facebook among teens... at least for now.

So why are these services so popular? Please allow me to digress.

One of the best books ever written about human behavior is, in my humble opinion (not to mention the opinon of The New York Times), “Flow” by Mihaly Csikszentmihalyi... or just, “Mihaly.” At the risk of oversimplifying Mihaly’s seminal work, the basic premise is that we find more happiness by creating meaningful experiences, and the happiest people are those who make each moment meaningful; meaningful experiences can be generated any time we are creating order out of disorder, or gaining knowledge. The flow-state exists when the sum of our meaningful experiences is appropriately matched to a circumstance where we can apply whatever value, knowledge, those particular experiences have provided us. In other words, we are up to a challenge... it is neither too easy, nor too hard.

Taking this to another level, perhaps more abstract, we could infer that our level of happiness would increase any time we feel we have made a moment valuable. This feeling could exist anytime we are gaining knowledge, or making order out of disorder (structured information equals knowledge, yadda yadda).

So web search... makes me happy. In truth it is often a time-wasting activity, but we can rationalize that activity to be more valuable than doing nothing at all. Mobility has added to our ability to create meaning even more.

However, we are also creatures of evolution, and evolution says we are lazy.

Researching takes time, so making meaning through research in the pre-Google days (dare I say pre-internet) was a challenge that made few people happy. However, as Google endeavoured to make information useful, browsing the web became a grand way to satisfy our need for meaning. Still, it wasn’t something anyone would do.

Even babies like it... it is the next level of simplicity in terms of finding meaning (if not, at times, false meaning) in our lives from moment to moment. When people create enormous collections on Pinterest it provides a sense of completion and satisfaction. For many it may indeed be an incredibly useful tool, but for most it is an enabler. Photo-sharing enables more people to create meaningful experience every moment. It’s easy, it’s fast, it’s intuitive, and, of course.... since pictures say a thousand words, it gives us a sense that we are conveying (or consuming) huge amounts of information relatively effortlessly.

Assuming that Mihaly is correct, and the frequency with which we are generating meaningful experiences relates to our happiness, photo-sharing has made happiness that much more plentiful for humanity. Thanks Ben. 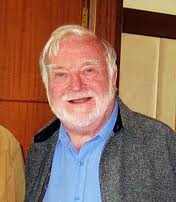