R.I.P. Flapon... but thanks for the memories.


What now seems like an eternity ago, I graduated from Penn with a MS in Education. I had every intention of getting a second Masters in Korean Language... then entering a global education publisher. I saw the Ed Tech boom coming (it came) and was rearing up to go, planning to spend a few years at Pearson to round-out my skills, then hit the Ed Tech startup scene.

Instead, my wife and I had our first child... the incredible lil' tortuga. My how life can change.

Returning to Korea with every intention of moving on to Hawaii, a friend of mine kept asking me to join his Gangnam startup... "we're gonna be millionaires!" Naturally, I was skeptical. At first I focused on how to get to Hawaii, but it just made more sense to stay. Working with the Founder of a Vancouver-based Ed Tech startup for a few months, my "friend" finally convinced me to join him in his venture.

Truth be told, his over-confidence was a big reason why I eventually joined up. He was my friend, and his burn-rate was ridiculous... he was heading for suicide, figuratively, so I had to help. Anyway, I signed up for a small equity share and the promise of an epic adventure in California... win or lose it would be epic. It was epic.

Flapon actually did pretty well, getting about 80K signups (pretty active too) in just a month. Sure, it wasn't a Pinterest or anything, but we were growing steadily. That was pretty amazing considering everything that was going on internally post launch (epic man, just epic). The twitter account is still up (though inactive) as well as the facebook page.

Sadly, after the "founder" ripped-off everyone (except for maybe one person) including me , a couple of talented developers who worked around the clock, his own cousin, and who knows who else... the "founder" had no idea how to run Flapon and it was taken down. Basically, he'd put in a terrific sum of money (really stupid amount of money) and had not made "the next Facebook." Um, oh well...?

Thanks to Evernote... I still have screenshots! Enjoy ;-) 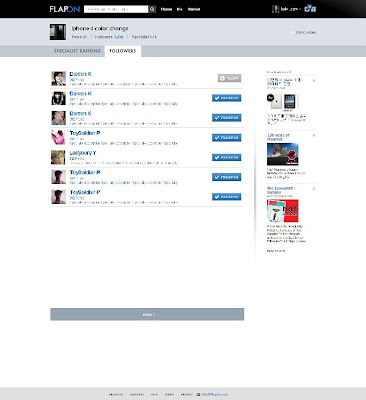 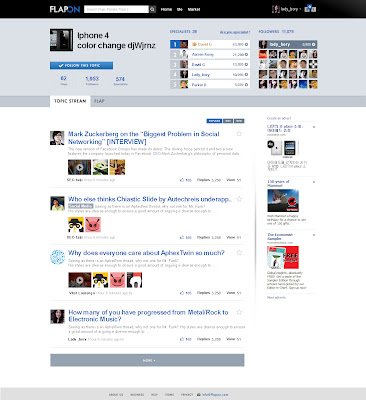 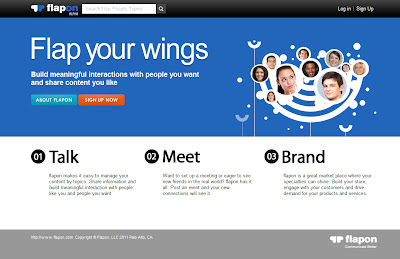